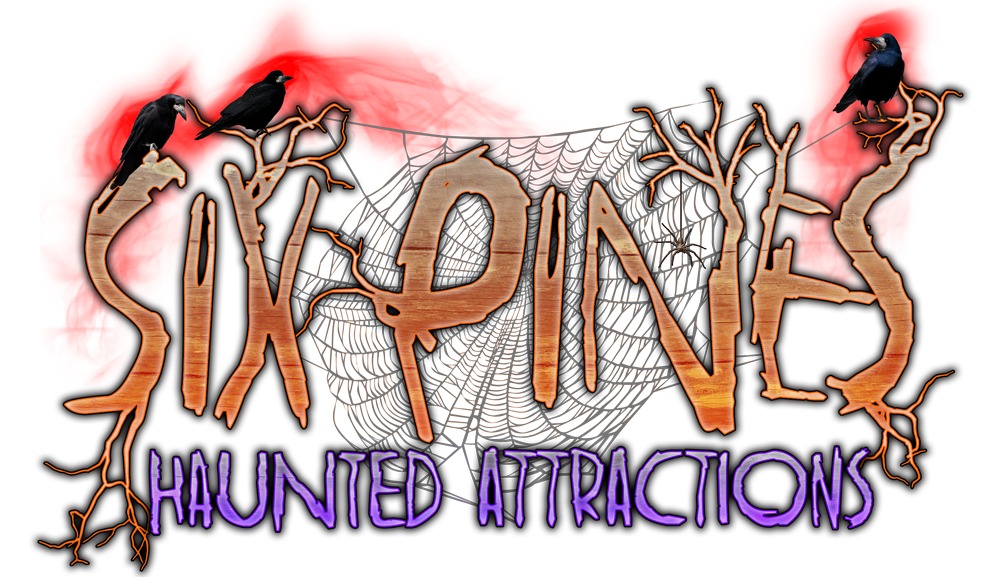 The Six Pines Ghostbuster car can now be hired for automotive displays, private photographs or parades!

We’ve had requests from as far away as Centerville, Ohio to be in their annual September Labour Day Parade which has an attendance of 100,000 people. The Six Pines Ghostbusters car is on public display every October at the Six Pines Ranch where it always gets rave reviews.

Now you can have it appear at your event too! The Six Pines Ghostbuster car can be hired for: 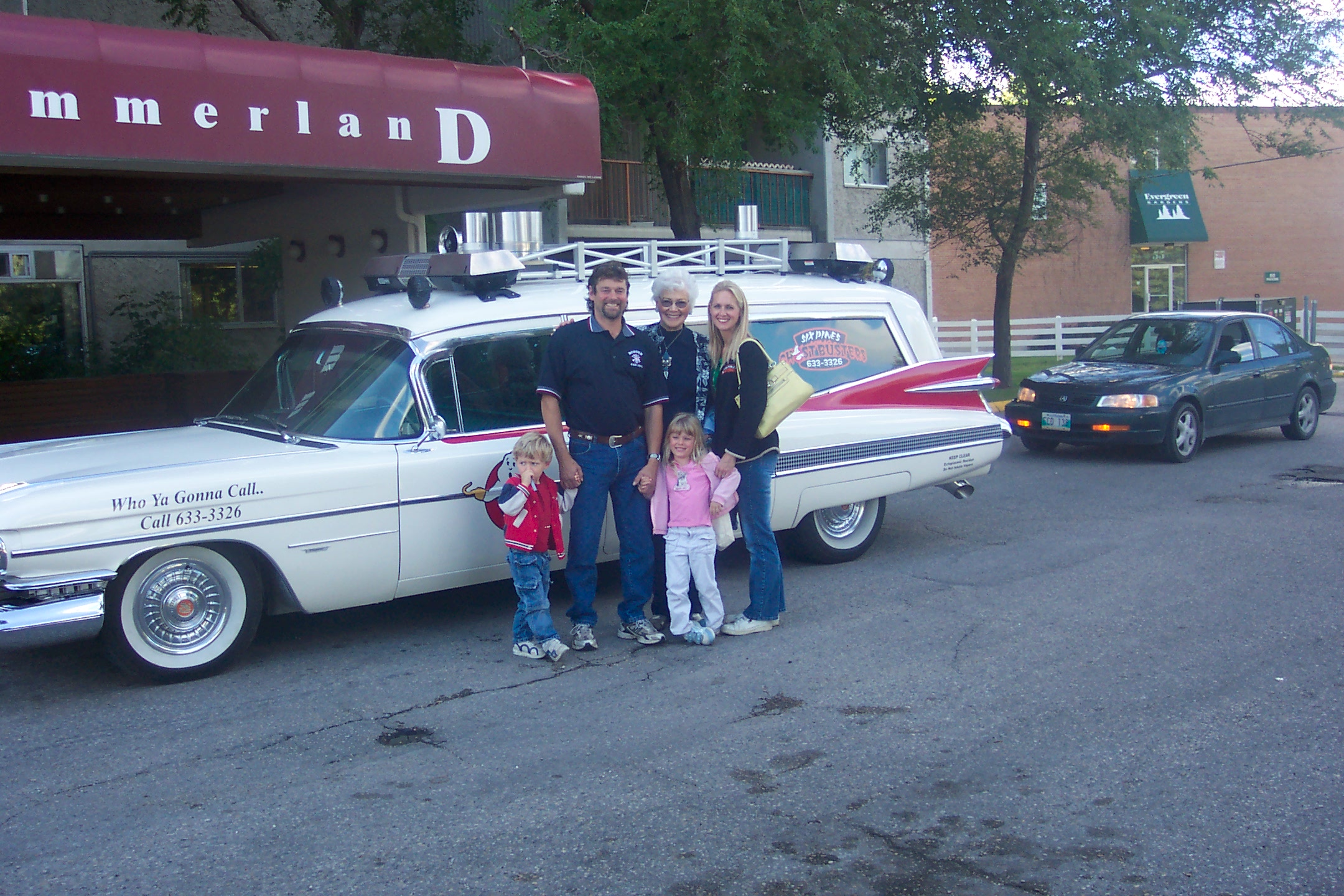 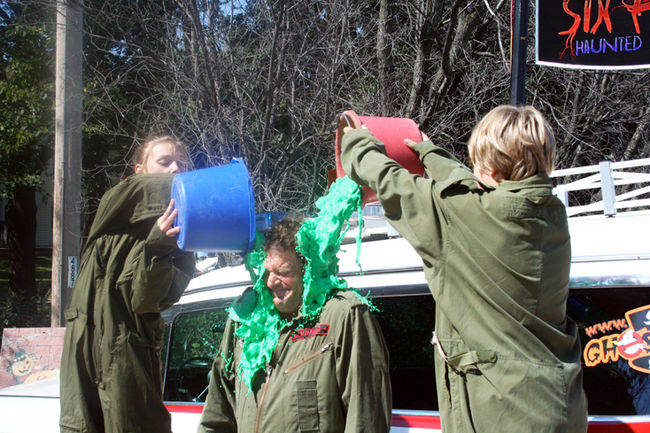 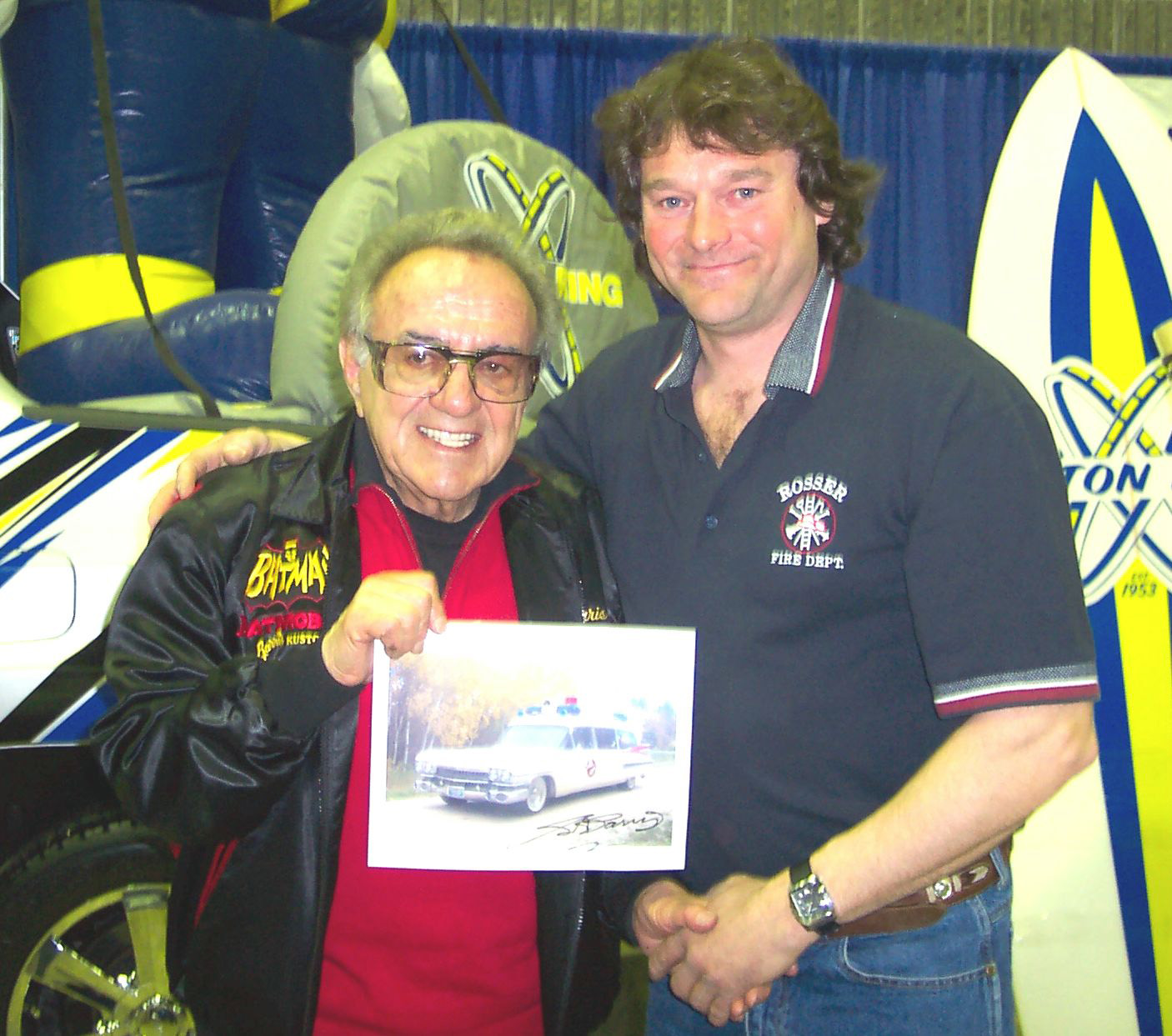 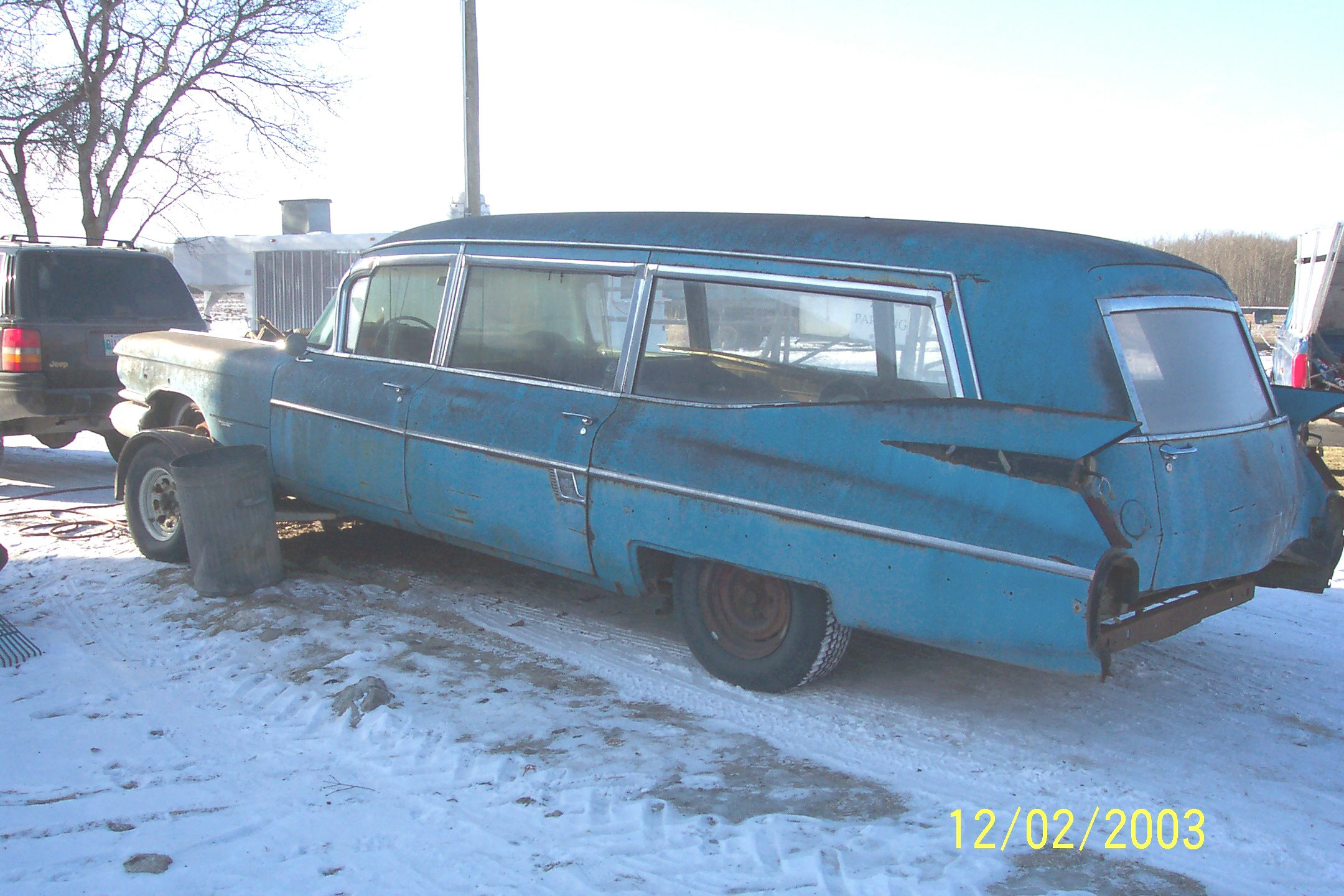 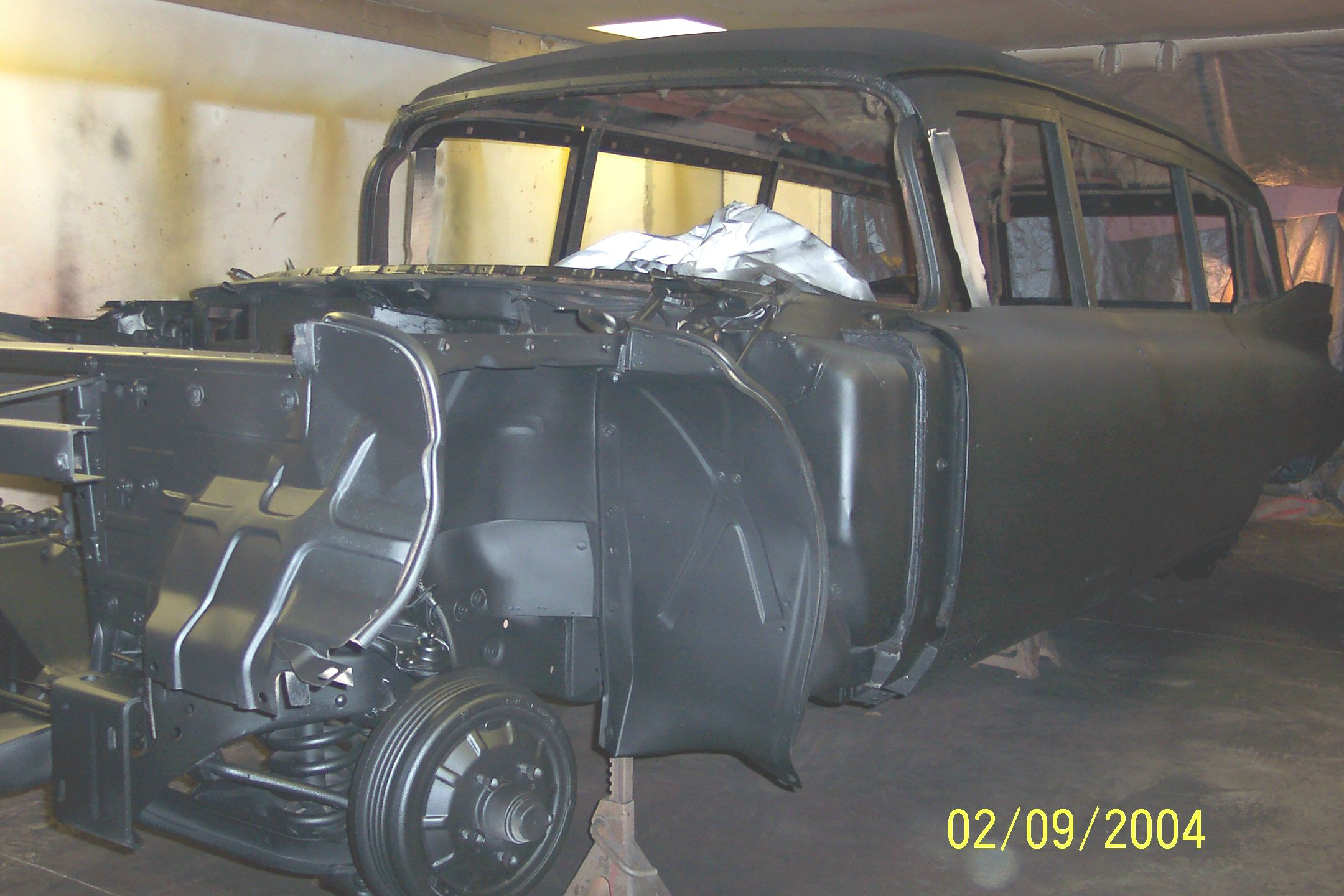 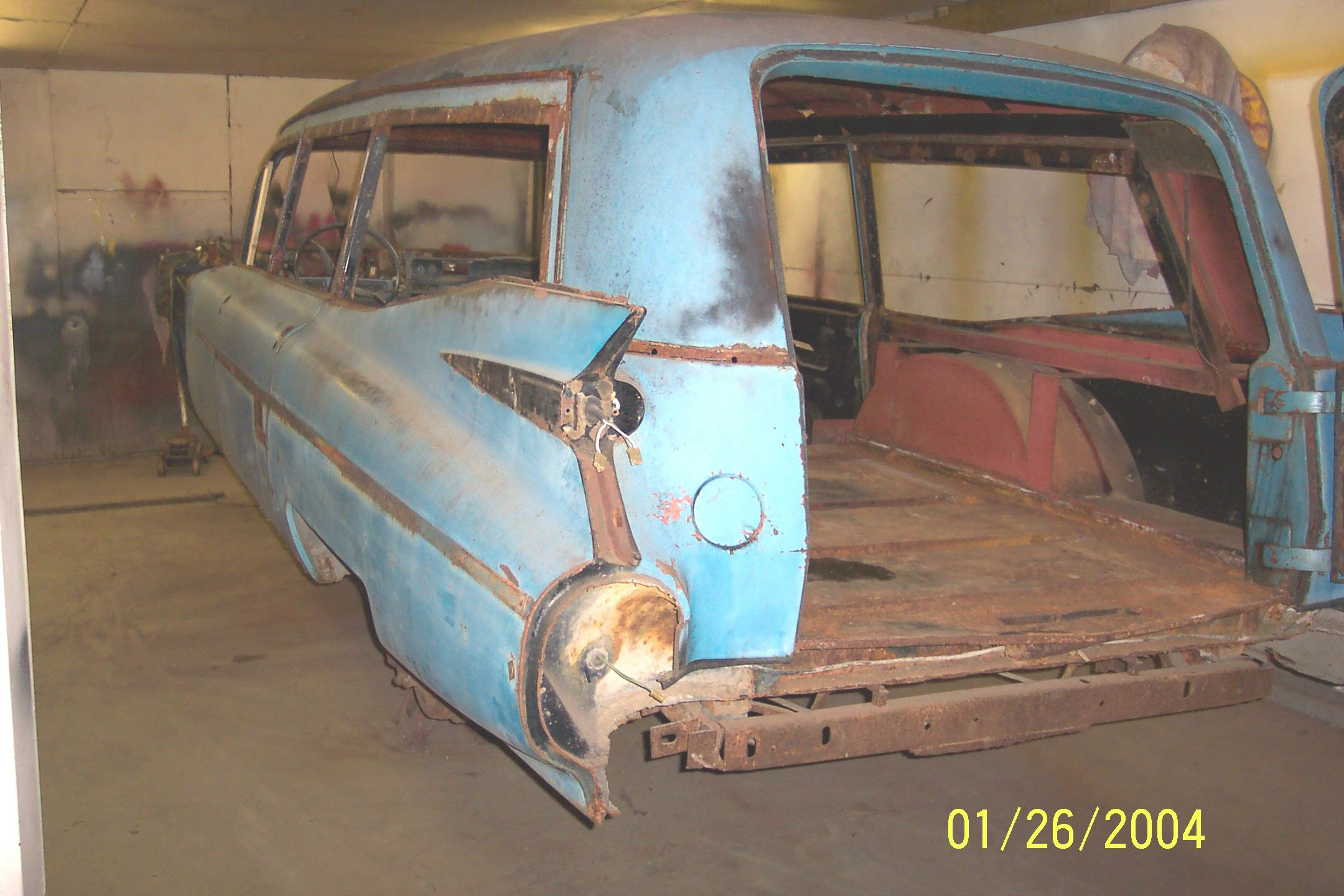 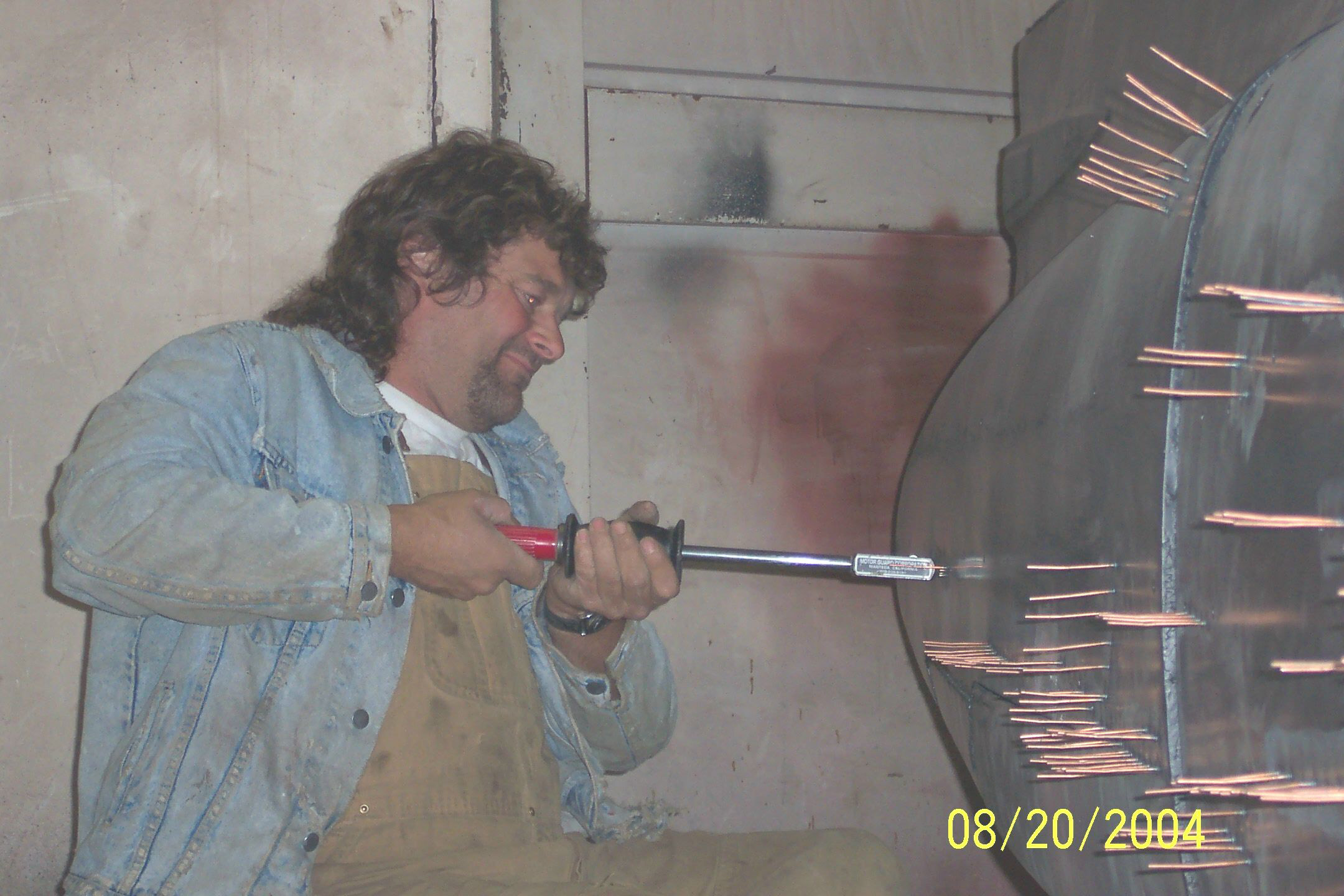 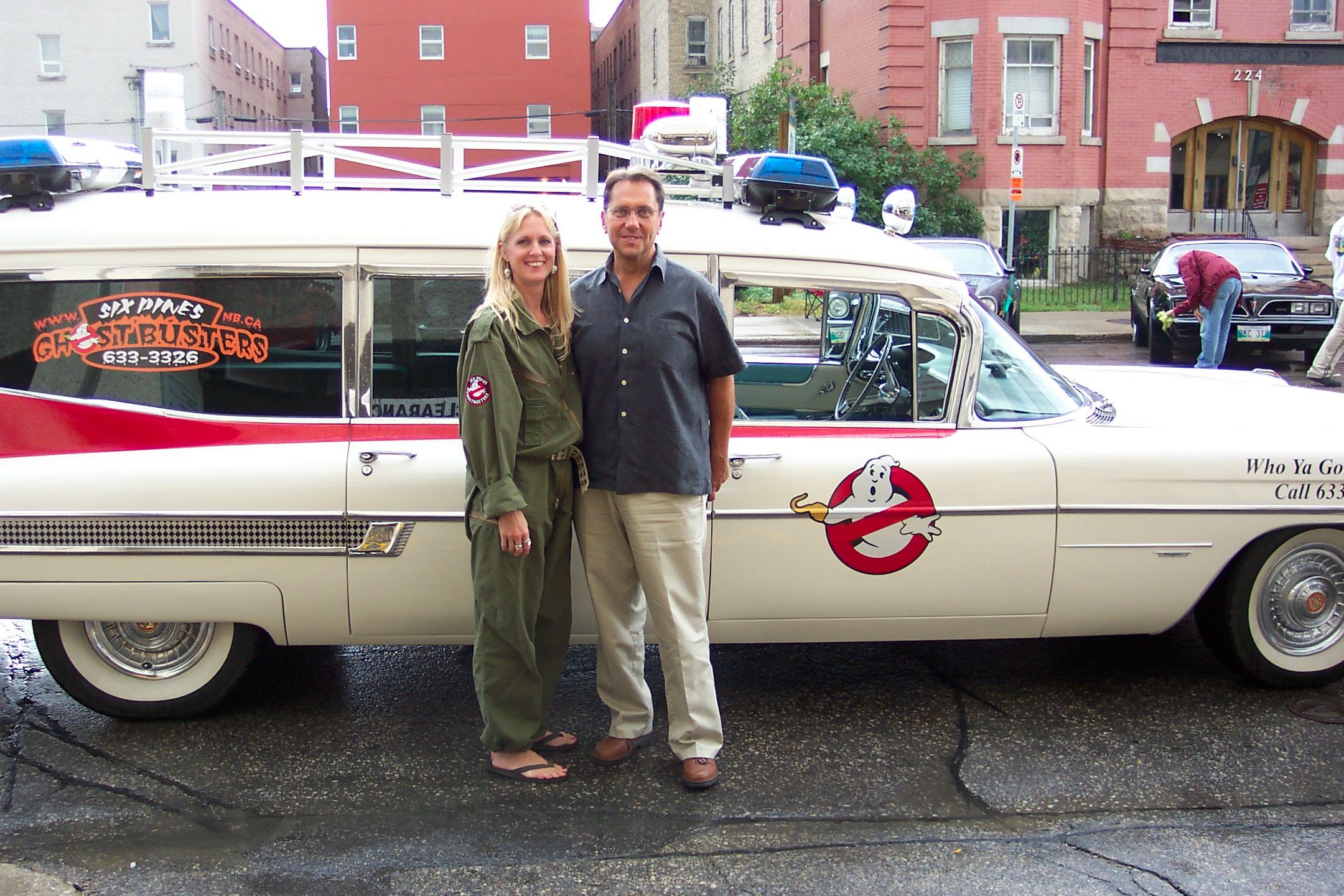 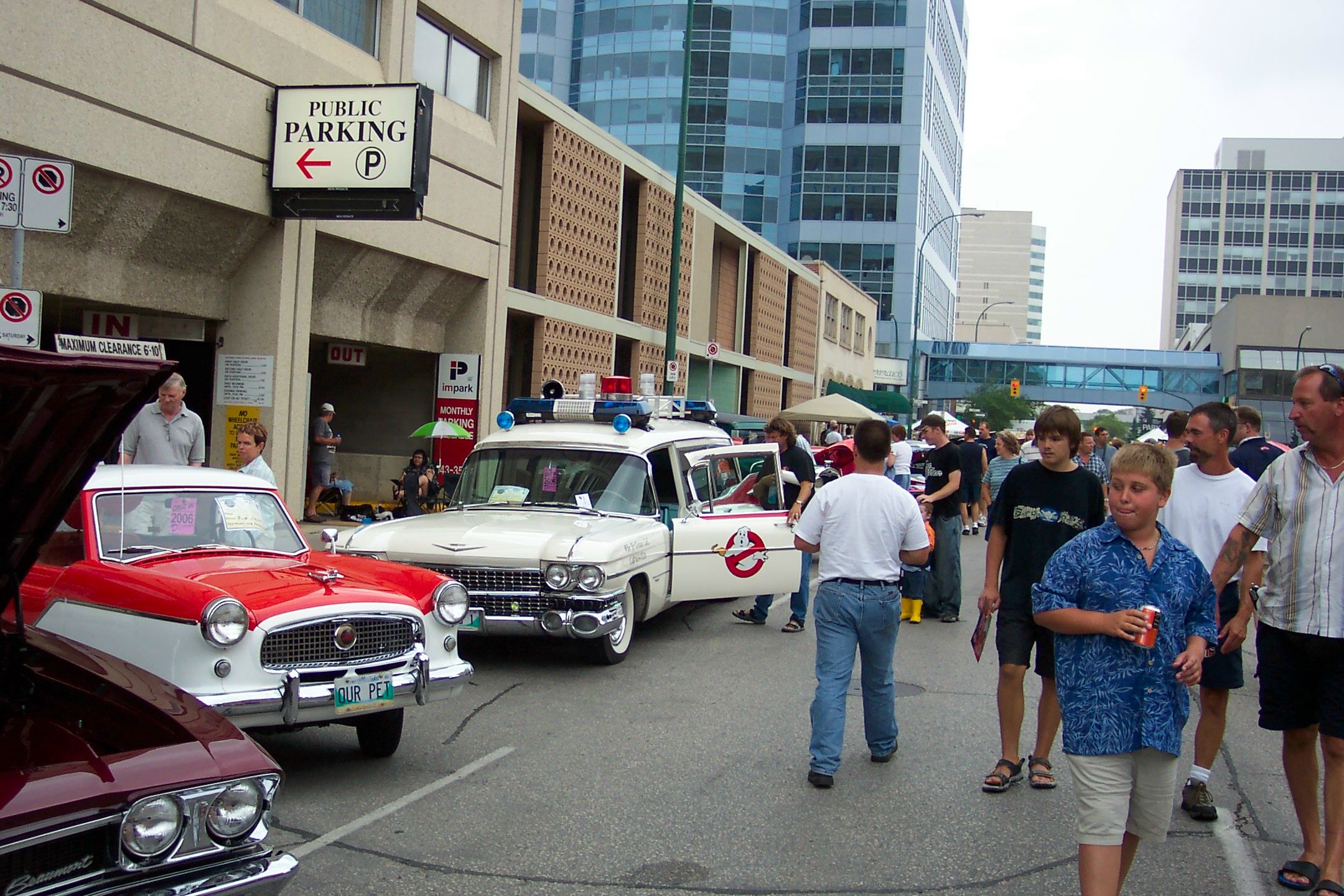 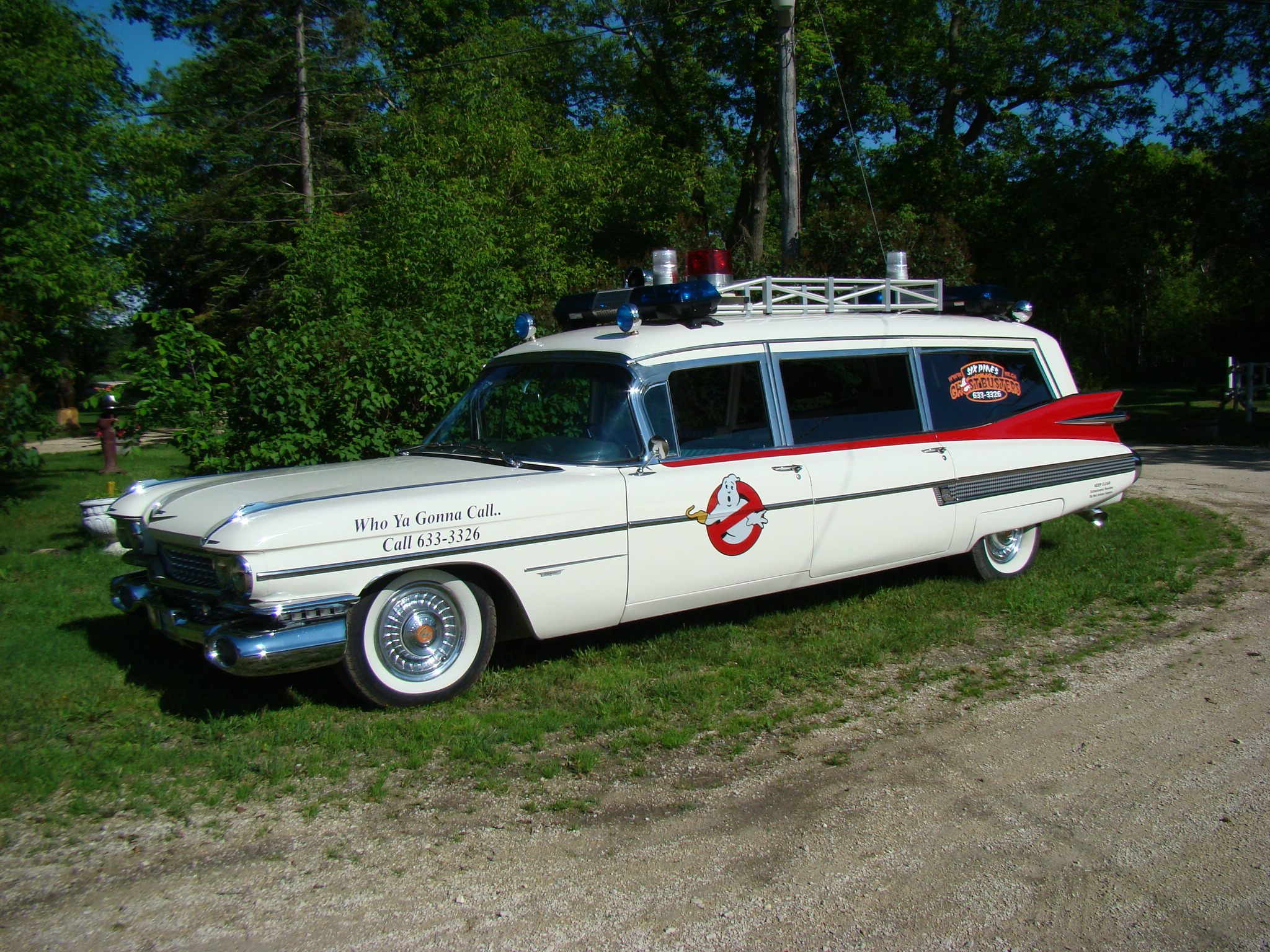 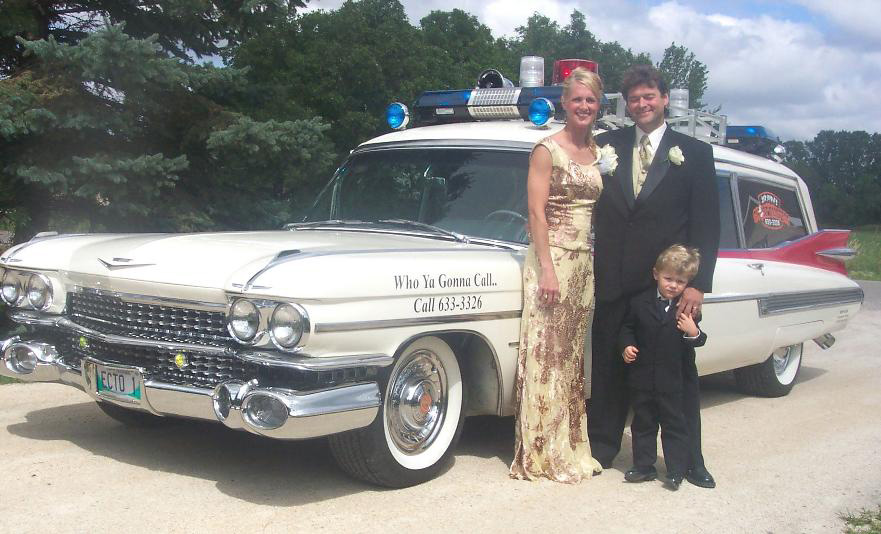 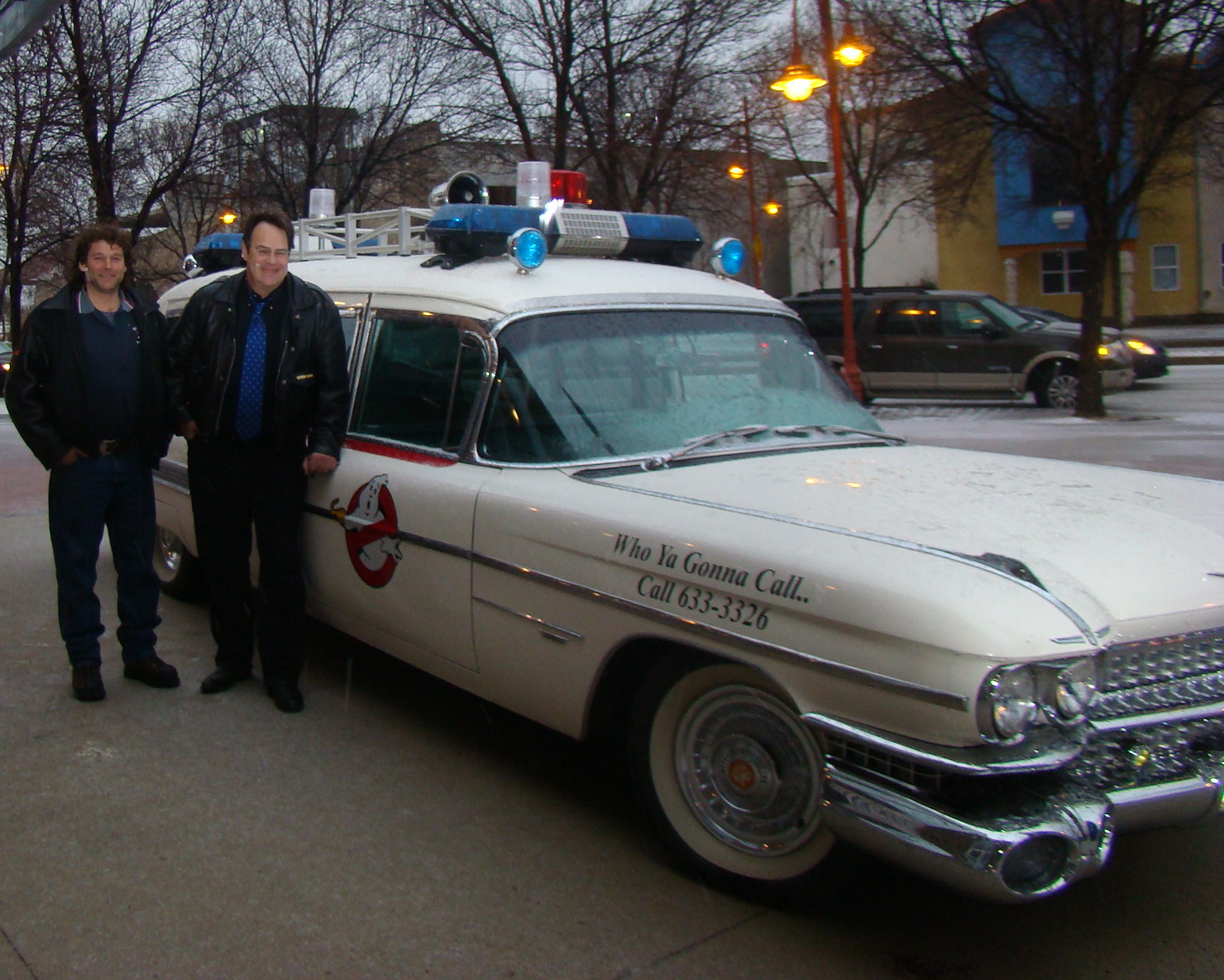 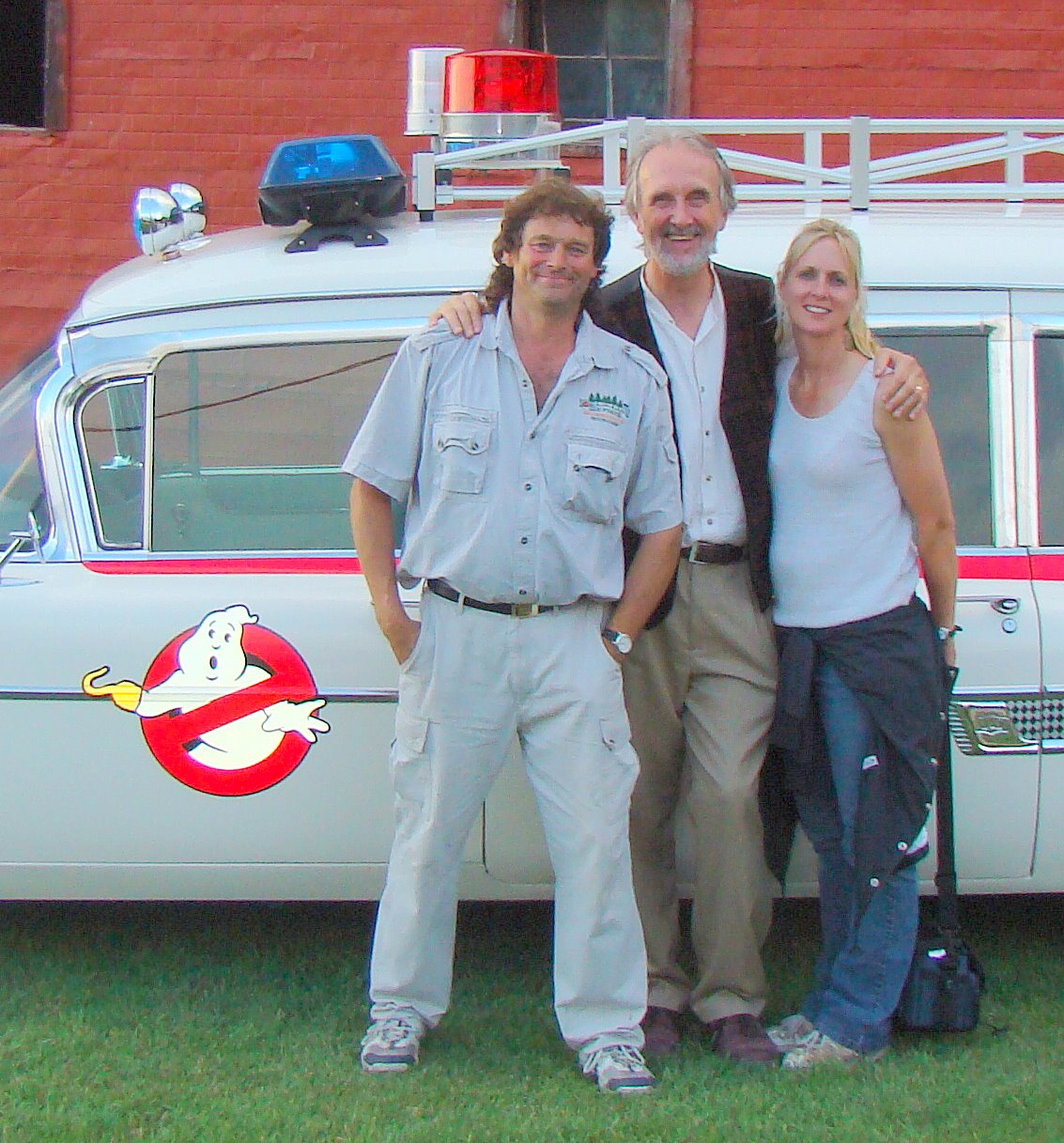 Our coach is built on a Factory Cadillac Commercial Chassis, which was made until 1984 by Cadillac. After 1984 frames for Hearses and limousines were stretched by the Coach Builder.

Our 1959 Collectors Dream Coach Cadillac S&S Ambulance/Hearse Comby by Sayers & Scovill was custom built for the Owens-Brumley Funeral Home in Wichita FAlls, Texas. It was built by the HESS & EISENHARDT Co., Rossmoyne, Ohio which also built specialty cars for presidents and heads of state. We have the “Limousine Style” which is preferred by professional vehicle collectors.

Funeral homes in Texas were once required to provide ambulance, emergency, and transfer service from home to hospital and vise versa. There were rollers for a casket as well as fasteners on the side to hold a wheeled cot securely. The windows allowed more light for the patient and helped them to feel less claustrophobic.

The car was originally purchased October 16, 1959 for $13,550. Quite a price back in those days. It was traded in when the odometer was somewhere between 28,000 and 33,000 miles and was likely traded back in 1964 or 1965. The car was then purchased by the Owens-Brumley Funeral Home in Las Cruces, New Mexico and was maintained impeccably.

In the late 1950s and early 1960s, funeral homes tried glamourous colors to keep up with the times so many painted their hearses and limousines pink, Mint Green, Baby Blue and many other pastels. The original color of our coach was Aqua Baby Blue.

We found our “gem” in November 2003 in Missouri and brought it home on a car dolly driven by our 1997 Jeep Cherokee. Yes, all 6,000 lbs of it was towed. To fill up with gas we had to unhook the car. It was quite a trip home. Several, several heads were turned our way.